Professor of History and Public Policy
See all faculty & staff 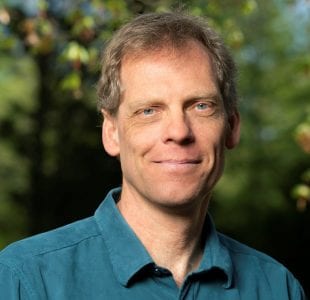 As a lifelong student of both ethics and history, Gunther Peck has been engaged by the rewarding and challenging work of teaching leadership at Duke University since he arrived here in the fall of 2002.  Awarded a Bass Chair for his excellence in both teaching and scholarship in 2006, Peck has thrived as a teacher and a scholar by embracing opportunities to see the ethical stakes in all forms of historical inquiry.  Teaching history and ethics as vitally connected topics has helped Peck challenge his students to see themselves as agents and leaders in the present, preparing them to begin the important work of asking transformative questions – of themselves and their elders.

Peck’s scholarship has been informed by the same passion that guides his teaching: finding a usable past that illuminates pressing ethical dilemmas in the present. In his first book, Reinventing Free Labor: Padrones and Immigrant Workers in the North American West, 1885-1930, which received the Taft Labor History Prize among other awards, Peck explored how and why immigrant workers in the West temporarily lost their ability to quit and to move freely during the half century after the end of Reconstruction.  One of the first scholars to historicize the origins of modern slavery, Peck has recently completed a second book which explores the complex historical relationship between human trafficking and the categories of race that have facilitated and shaped the buying and selling of people.  Entitled Race Traffic: Antislavery and the Origins of White Racial Victimhood, the book is forthcoming from the University of North Carolina Press.

In addition to his books, Professor Peck has published articles and opinion pieces on voting rights, environmental history, refugee policy, and the contours of contemporary white racism. Peck is also an avid gardener, a member of the Duke Chapel Choir, and the proud parent of three children.  He is happily married to Faulkner Fox, who teaches creative writing in Duke’s English Department.