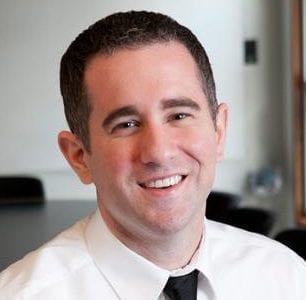 Nick Carnes joined the faculty at the Sanford School in July 2011. He is a political scientist whose research focuses on American politics, economic and social class inequality, political representation, legislative decision making, and urban politics.

His second book, The Cash Ceiling: Why Only the Rich Run for Office–and What We Can Do About It (Princeton University Press, September 2018), asks about the causes of white-collar government, that is, what exactly prevents qualified working-class Americans from holding elected politcal office. It argues that workers themselves and voters are not to blame–there are lots of qualified workers out there, and when they run they tend to do fine–but rather that workers seldom hold office because the practical burdens associated with running (time, lost income, etc.) make it all but impossible for them to launch campaigns, and the political and civic leaders who could help them usually pass over qualified workers in favor of more familiar white-collar candidates. These obstacles aren’t insurmountable, however, and The Cash Ceiling discusses some of the reforms that might help, like targeted programs that identify recruit, train, and support working-class candidates.

He is interested in American democracy, political accountability, partisanship, and the rural/urban divide in American politics. Carnes co-founded and chair the American Political Science Association Organized Section on Economic and Social Class Inequality, and serves as co-director for the North Carolina chapter of the Scholars Strategy Network.