“What is something at Duke or in Durham that bothers you, and how do you think you can address it?” On the first day of class in August, Professor Tony Brown posed that question to the students in his “Social Entrepreneurship in Action” seminar. By early December all eighteen students gave him their answers when they presented their final projects at the Sanford School of Public Policy. 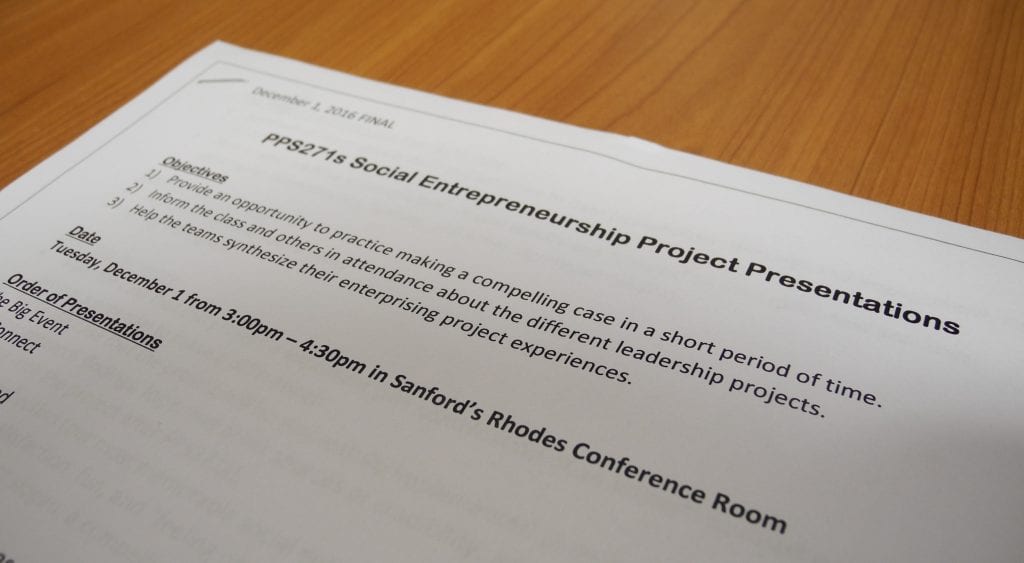 An agenda for the audience attending the final project presentations

Tony Brown has been teaching “Social Entrepreneurship in Action” to Duke undergraduate students for over a decade. As Tony describes it, the basic idea of the course is simple.  “Have teams of students define promising ideas and develop compelling plans that address real problems or opportunities in the Duke or Durham communities.” Yet the learning experience for the students is anything but easy. They have to collaborate closely with team members, build relationships with relevant stakeholders on campus and in the local community, and think hard– perhaps for the first time– about how to define a problem, and then how to build the steps towards addressing the problem and making change.

Tony’s motto for the course is “get ready, go, get set.” This means that students are expected to learn from doing, rather than learning before doing. Though they have only fourteen weeks over the course of the semester, Tony’s students must demonstrate tangible progress on their projects and prove that their efforts are making real, measurable impacts. It’s not enough for students to merely develop and refine their ideas in the abstract– they are expected to run pilot tests, conduct focus groups, secure commitments from partners and stakeholders, and sometimes even secure funding to sustain or expand their ideas. Ultimately, students are graded on the feasibility of their proposals, their contributions to their teams, and the quality of critical reflection they conduct along the way. 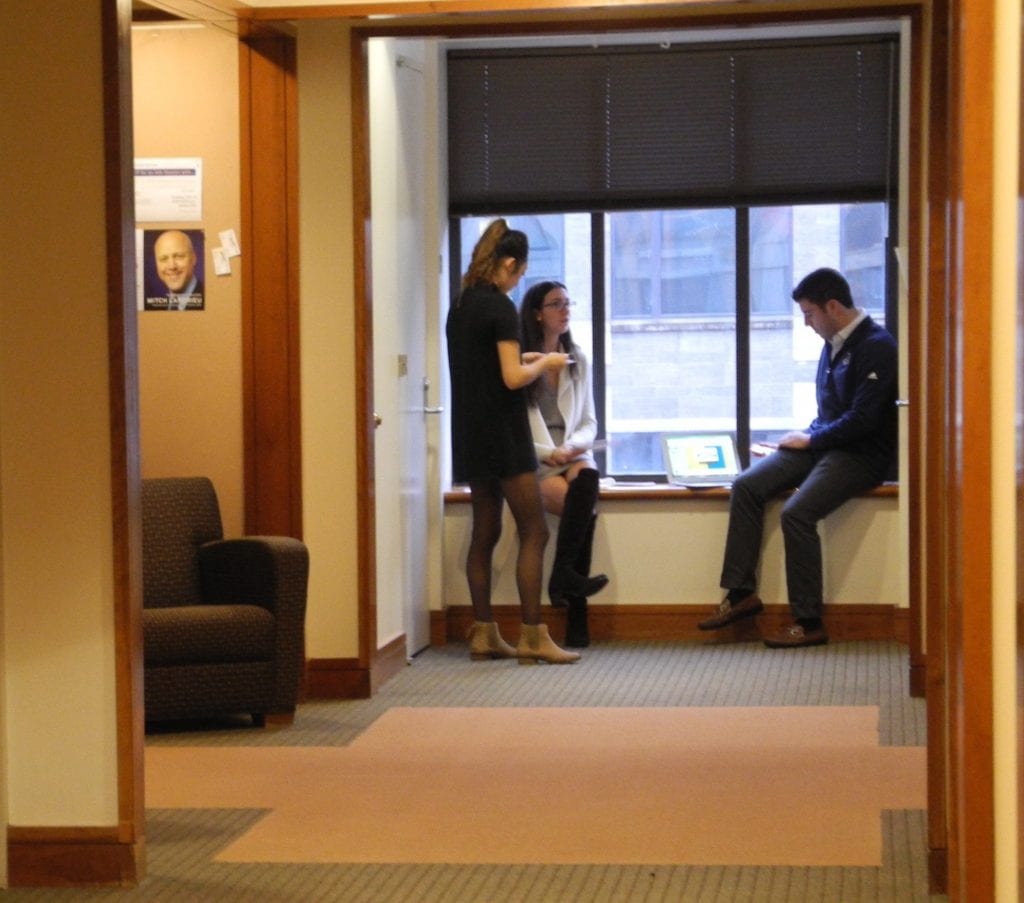 Students preparing for their project presentation

This semester, students in Tony’s PUBPOL 271 class presented six different project ideas to their classmates, and to an invited audience that included university staff, faculty, and administrators, some of Tony’s former students, and members of the local community.  The topics of the presentations ranged from the stigma surrounding mental illness at Duke to the lack of arts programming in Durham elementary schools to the problem of food waste in the Triangle area. For those listening to the presentations, it was clear that the students had put an immense amount of time and effort into making their ideas happen.

One team, whose project was called “The Big Event,” has already been approved by Duke to host a service event next semester on Martin Luther King, Jr. Day, bringing together on-campus service groups and local organizations for a centralized day of service. Another team, that called itself “Bull City APPetite,” has already written the code for an app that would connect restaurants and grocery stores with excess food to nonprofits that are tackling issues of food insecurity, such as the Food Bank of Central and Eastern North Carolina. 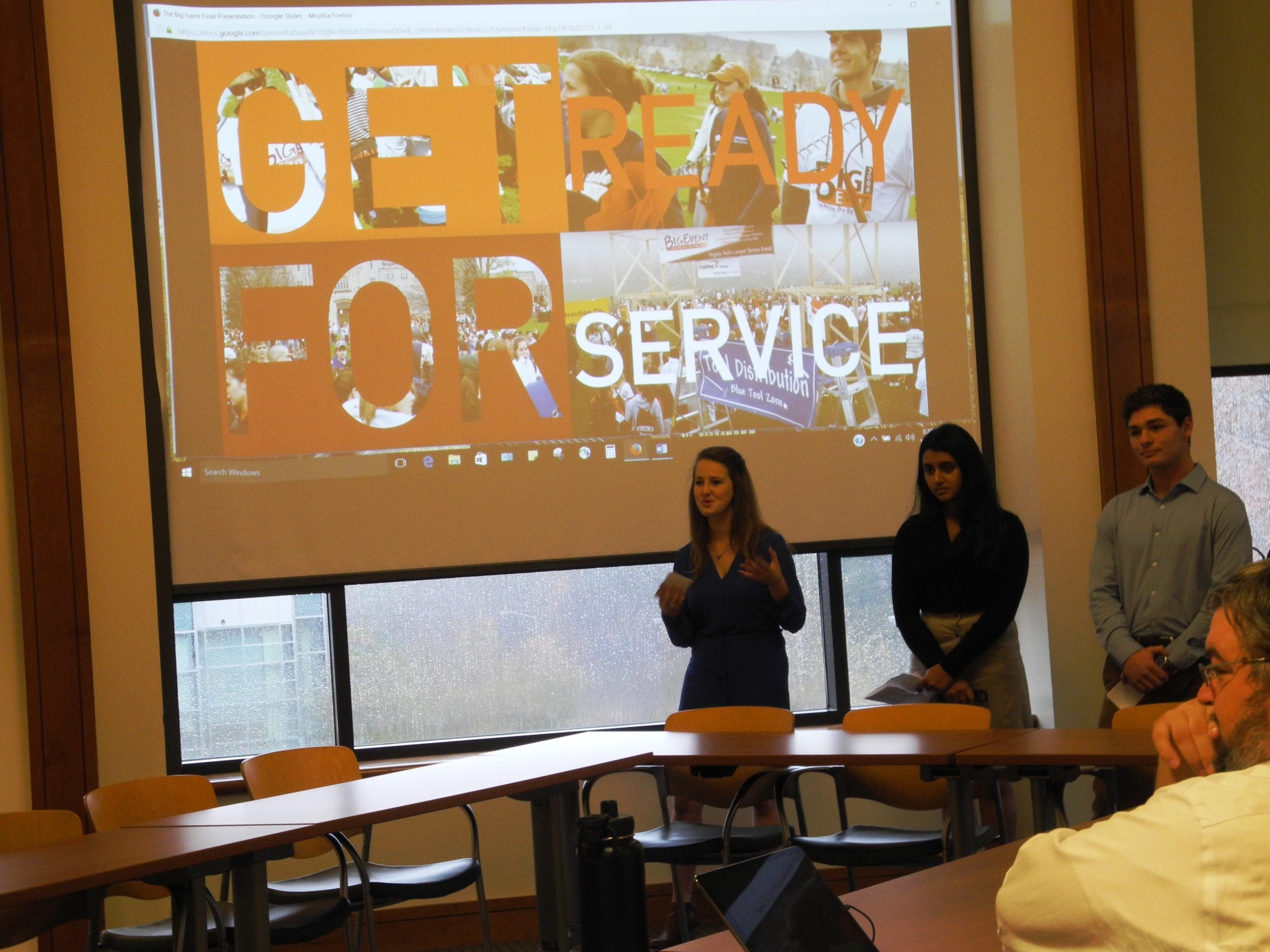 Members of “The Big Event” team 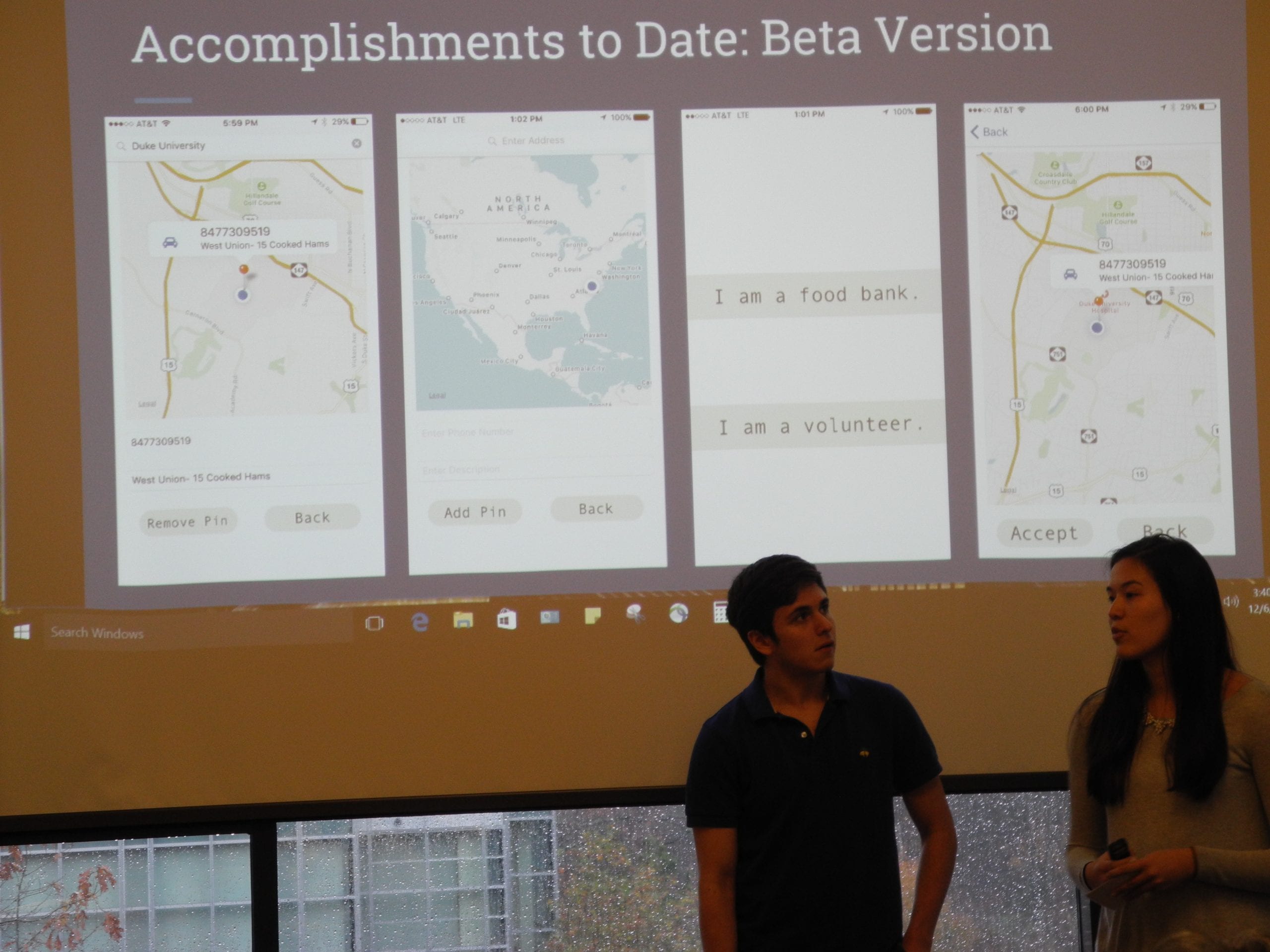 After the presentations, Tony asked each of his students to say one word that summed up their experience. “Real,” said Amanda Pruthi (’19). “This is the first class I’ve taken at Duke where I actually created something tangible.” “Leadership,” said Emily Mi (’19). “I realized that, if I wanted our project to happen, I had to be the one to take initiative.” And finally, “Community,” said Sara Shmueli (’19). “I know this is going to sound cheesy, but I feel like we’ve come to end of a really great summer camp—I don’t want to leave.”

You can find a list of other projects from Social Entrepreneurship classes here. 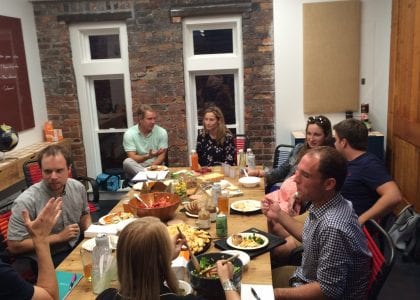 RIPPLE connects groups of alumni all across the country who are committed to supporting each others' journeys of learning and leadership development and to taking action to give back to their communities. Learn more about this city-based alumni program here. 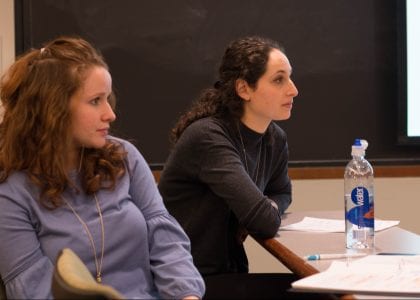 Learn more about ELI's latest alumni engagement "25 Hours at Duke," which launched in the spring of 2017. "25 Hours" brings alums back to campus for one day, creating a personalized schedule for them based on their interests and preferences. 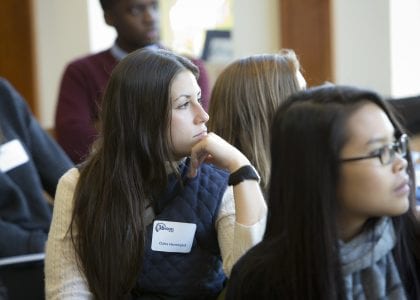 36 Hours at Duke brings together current and former Duke students for a weekend on campus, allowing students and alumni to forge connections with each other, learn, and continue their leadership development. Learn more about the program here.