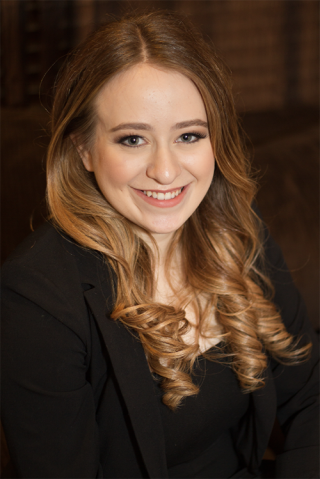 I grew up on a wave of student activism. In my senior year of high school, it was just as common to see a 17-year-old leading a rally as a presidential candidate. When I came to Duke, I wanted to see if those calls for change manifested into actual change. Bass Connections gave me the pathway to do so, investigating whether this push for youth civic engagement manifested into the basic tenant of political participation: voting.

I began my Bass Connections project the same semester I began Duke. Going into Duke, I knew there would be outstanding research opportunities, but research wasn’t an area I had had much experience with in high school. As a student interested in the humanities and political science, the vast majority of my experience came in events and volunteering as opposed to research.

I believe the opportunity to participate in research as an undergraduate, in any year, is especially unique to Duke. Starting from my first year, I was a full-blown researcher, learning how to code, conduct interviews and staff research studies. Participating in this project gave me connections with professors and familiarity with how to engage in direct research. Most importantly, Bass Connections opened the door for me to participate in research, both in the current project and through subsequent connections, for the rest of my time at Duke.

Within my Making Young Voters project team, I worked with grad and undergrad students to interview youth from around the country who did or did not vote. We were able to ask what influenced their decisions and what suggestions they had for the voting process. The results we found were so interesting. It wasn’t that 18-to-24-year-olds didn’t think voting mattered, but rather they faced obstacles in registering, physically going to vote and feeling like they didn’t know enough about the candidates. I was able to further study this phenomenon by researching state voting laws that hamper or help college students’ ability to vote and by coding political tweets.

Beyond the research, I was able to present our findings at the Bass Connections Showcase and EHDx, opportunities I would not have had without the project.

The Making Young Voters team has since evolved into the Developing the Political Citizen team, studying how citizens’ early years impact their lifelong political participation. It’s a fantastic project to be a part of in the midst of radical youth reformation, in terms of learning how and what young people do to engage in politics.

Currently, I’m continuing my research into youth civic participation by studying the particular issues Native American youth face participating in politics. We students are approaching a time in which we have a past rooted in activism and calls for change, and I think Bass Connections can play a key role in helping students transform those calls into actual recommendations for action.